LSP 15: How to Find Clarity in the Face of Tragedy 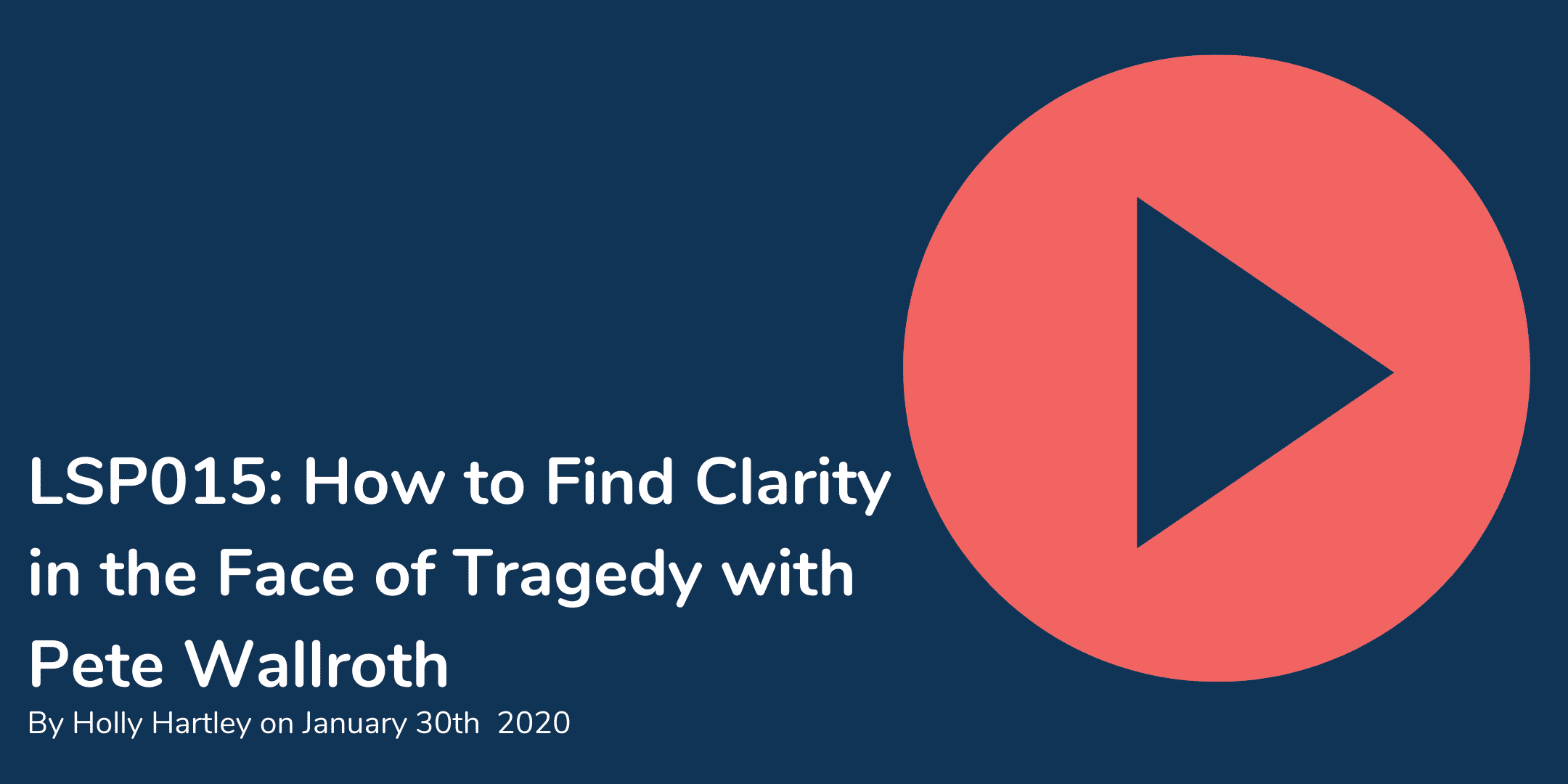 “Try not to think too much about how you will cope “when…” and just deal with the things you do know factually.”

Podcast 015: How to Find Clarity in the Face of Tragedy – with Pete Wallroth

015: Pete Wallroth founded the charity Mummy’s Star in memory of his wife Mair who tragically died of breast cancer following the birth of her second child.  Pete shares his story, of how he coped in the face of such tragedy, how he found clarity and the critical work done by Mummy’s Star.

In this podcast you will learn about:

·      Mair and Pete’s story of how Mair contracted breast cancer during her second pregnancy, and her consequent death only 10 weeks after the birth of her second child

·      The reality of dealing with grief, and how it was important for Pete to be honest about how he felt

·     The work of the charity and the work that Pete undertakes

·     The presumptions society makes about men, single male parents and their ability to cope

·     How people really cope in the face of trauma and tragedy and how we all have this within us.

The following episodes of the Life Stories Podcast were mentioned:

LSP009: From Depression & Suicide to Helping Others

In addition Pete talked about:

Pete Wallroth and the Mummy’s Star charity can be contacted using the following links:

The Content on Our Site does not constitute advice on which you should rely. It is provided for general information purposes only.  Professional or specialist advice should always be sought before taking any action relating to your mental or physical health.
We make no representation, warranty, or guarantee that Our Site will meet your requirements, that it will not infringe the rights of third parties, that it will be compatible with all software and hardware, or that it will be secure.
We make reasonable efforts to ensure that the Content on Our Site is complete, accurate, and up-to-date. We do not, however, make any representations, warranties or guarantees (whether express or implied) that the Content is complete, accurate, or up-to-date.

As a Rediscovery of Me subscriber you’ll receive an inspirational email each week which is not available on the website.

You’ll also receive information about forthcoming events and latest offers, plus our Comprehensive Guide to working out your Personal Values for FREE!